In June 2015 it was normal day at the Running WJ in Texarkana, AR. I had already competed the first day and won 7th in the 1D on my gray mare and had an awesome 1st run on a 4 yr old I was training. It was time to make my 2nd day run on my gray mare and we fell on the 1st barrel, but my horse regained her footing and stood up with me still in the saddle. Panic immediately set in when I no longer had my reins in my hands and they were dangling in front of her. Once she got up she kept running to the 2nd barrel and veered to the photographer and I yelled at the photographer, "MY REINS!" I was hoping he could jump and grab them, but when I yelled my horses turned and headed back to the alley way. I knew we were going to hit the back gate so I just braced for impact. We hit really hard knocking my horse down. When she got up I was still in the saddle and leaned over to grab my reins, but from the hit it caused the side gate to pop open and my horse darted into the the holding pen and I went head 1st into a pipe fence. I lucky had my cowboy hat on and my brim hit the 1st cross beam and then hit the 2nd cross beam with my face, but was not as hard as the 1st beam.

I didn't not black out but everything seemed to go in slow motion after that and I could not see due to the dirt in my eyes and my hat covering my eyes as well. At that point nothing was hurting and I was just worried about my horse, but they told me she was in good hands. I remember everyone crowding around me and I started getting looked at buy a good friend of ours who was a registered nurse. She stayed with me until the ambulance got there, which seemed to take hours. Once the ambulance got there they put me on the stretcher and had to strap me on, which freaked me out, but said it had to be done. They told me this was going to be painful to get me back to the ambulance because I was going to be jolted around. Once I was in the ambulance they checked me out and told me I probably needed to go to the hospital, but it was up to me. I told them I had another horse to run in less than an hour so they released me and I walked out of the ambulance. Everyone was astounded to see that I was even alive let alone just limping around. I was told the accident should have broke my neck and my back, but all I had was a lot of bruising and a concussion. I immediately went and checked on my horse at the vets tent and they told me she was very lucky not to have broken her neck. She only had bruising and a concussion as well. Once I knew my horses was ok and in good hands I went to the stall to get my other horse ready.

I was met by a few friends who helped me get me and my other horse to the trailer and saddled. Everyone was in shock that I was going to get back in the saddle after my accident. I told them to help me get on because you have to get back in the saddle no matter what. I only had time to barely warm my 4 yr old horse up and they were calling my drag into the holding pen to get ready. As checked in with the gate person, the same group of people who were working when I had my accident, they told me that it was ok if I scratched but I told them, "no this is what I have to do!" When they called my name to run I remember everyone was in total shock and even tho my run was not the fastest it was smooth and my horse took care of me. Everyone clapped for me and that made me feel like I won the whole race. When I got back to the trailer the adrenaline started to wear off and luckily I had an extra back on track blanket that I had for my other horse and I wrapped up in it which really helped. Both me and my horse stayed up til 2am and then I was finally able to go back to the trailer and go to sleep because of the precaution we had to take with our concussions.

I was not able to compete on my gray mare the next day, but I still ran my 4 yr old and gained more confidence in that run and she stayed smooth as not to jar me around and cause me anymore pain. Horses know when your not your best as we know when they are not their best. After a few months of of my gray mare we were able to start back competing and she come back just as strong. I did not enter that race the next year they had it just because of the bad memory, but in June 2017 I entered the race on the same horse I had my accident on and everyone there still remembered me. I even had people that thought myself or my horse died and said they were praying for me during it all and I told them, "nope we are all good." I went back again this past June and it's one of the best races of the year!

I overcame my accident and I started wearing a helmet to protect me head as my accident could have been a lot worse. If I would not have gotten back on a horse after my accident I dont know if it would have been as easy to get back on after a few days to even weeks after the accident. I love my horses and I love riding and competing and I was not about to let an accident stop me. We were both ok and able to walk away for a reason, so I made that my reason to get back on the horse and not let pain of fear stop me from doing what I love. 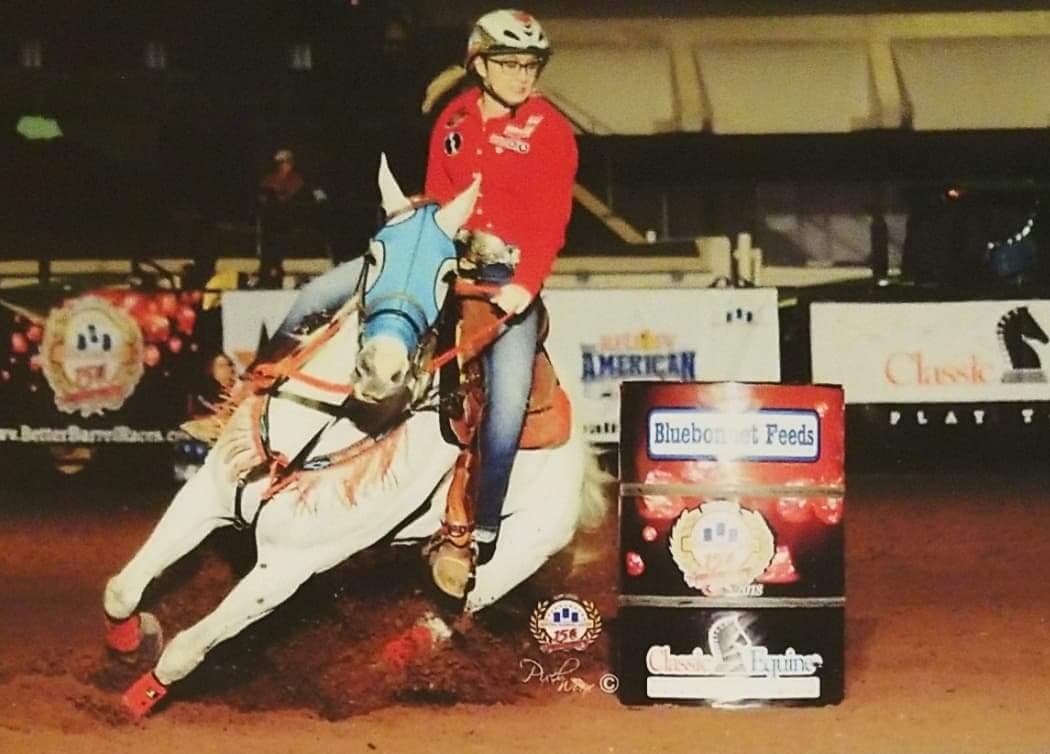 New to Draw it Out®?
Create an account with us to view your order status online. Your details can also be saved for faster checkout.
SIGN UP TODAY
ALREADY REGISTERED? SIGN IN
CustomerHub